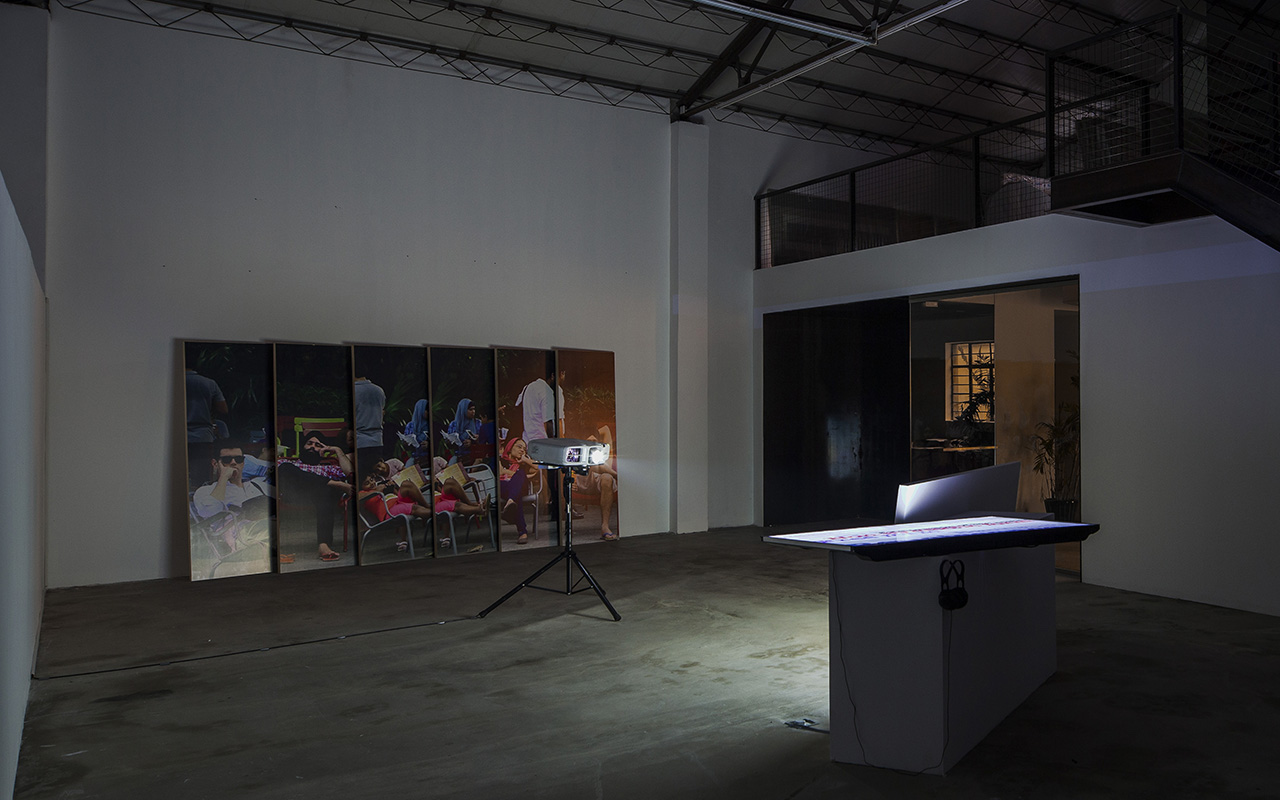 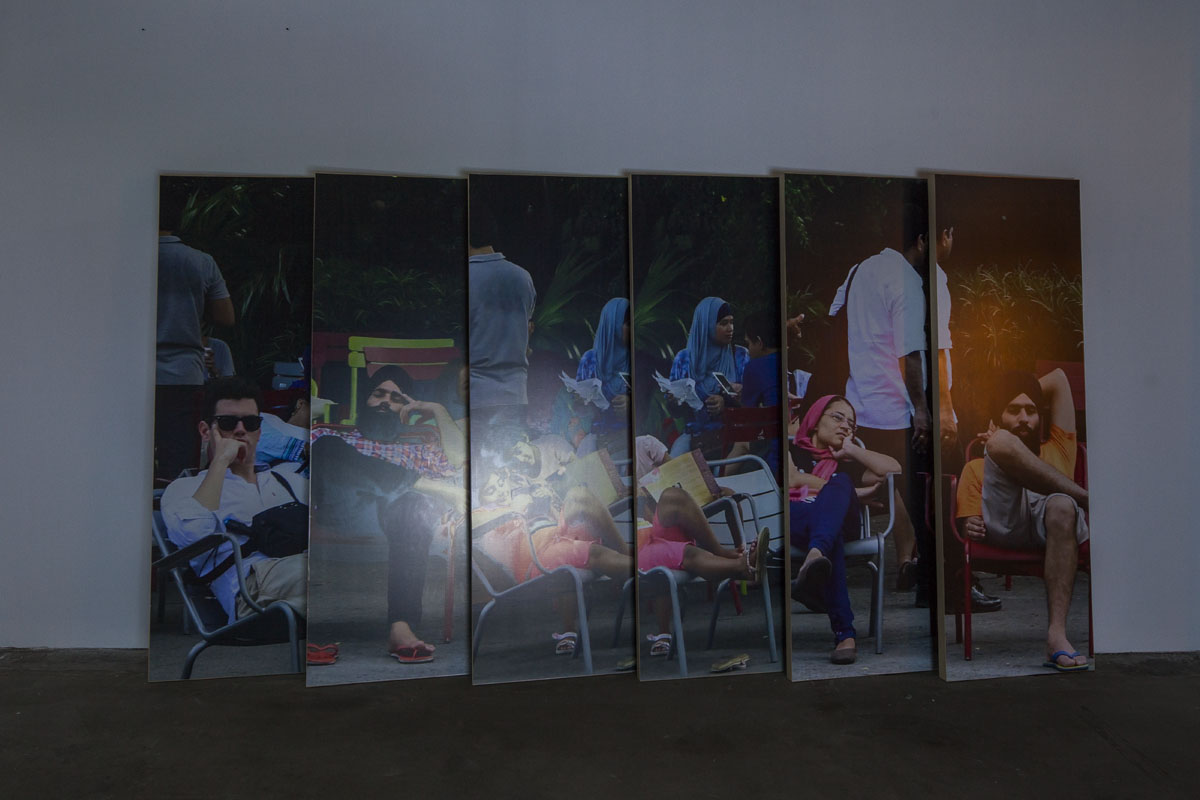 In year 2013, British artist Marc Quinn was commissioned to create a large-scale sculpture ‘Planet’ which is located at Singapore’s garden by the bay. This large piece, inspired by his son, by the time in his early childhood, vividly depicts an enlarged floating infant. I did not linger in front of this work, whilst I was attracted by the resting area for the tourists. At this artificial garden which carries a sense of the future, the tourists’s crowd interacted with Marc Quinn’s ‘Planet’, I recorded a video with the various actions of the travelers while they were actively standing up and seating down. I divided the stills extrapolated from the video, rearranged and overlapped them, displayed as a clue to the context of today.